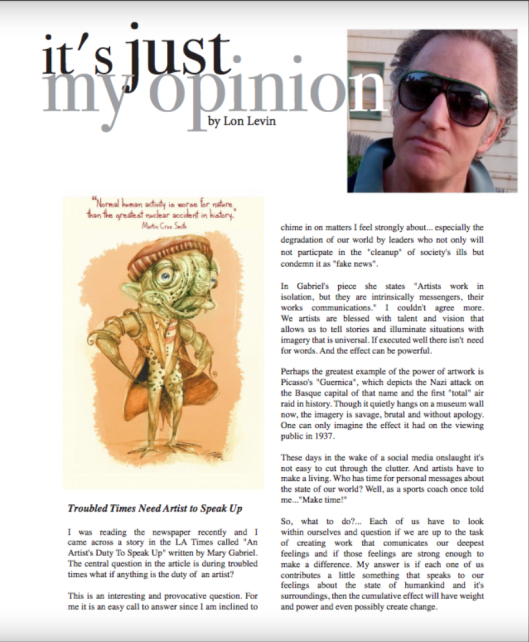 From 1945-1974, children growing up in Los Angeles had their own mini-fair year round. Beverly Park operated on less than an acre, on the corner of Beverly Blvd. and La Cienega, the present home of the Beverly Center Mall. There were usually about twelve kid-sized rides, as well as animals, hot dogs and cotton candy. Parents sat on benches watching their children ride the merry-go-round, and birthday parties were celebrated at picnic tables. For the children who grew up going to this pebble-strewn, family- run park, it was a respite from city life- quite simply put: “It was heaven.”

“Should You Integrate Your Game With Facebook?”
by Mary Longshore/Illustrators Journal correspondent
Social games are bringing great success for game developers. According to Newzoo.com, the global mobile market grew 35% in 2013 to reach $12.3 billion. Successful developers often integrate their game with Facebook’s Canvas Page. Facebook reports there are over 200 games on Facebook that support over 1 million active players each month. That is a huge audience! 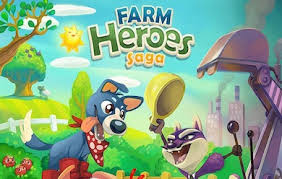 According to AppData, King.com makes three of the top five Facebook games including: Candy Crush Saga, Farm Heroes Saga, and Pet Rescue Saga. King reports over 30 billion games played per month. The option to play games cross platform is a part of their success. A Facebook case study of Candy Crush Saga reported,  “Users who play Candy Crush Saga on mobile and desktop are almost twice as engaged as single platform users…” It certainly seems to be working for King, although business is not completely predictable. “We knew it would be big on Facebook but I think the mobile success is what really took us by surprise,” King’s Chief Creative Officer Sebastian Knutsson said in an interview with BusinessInsider.

Read Mary’s entire article in the Spring Edition of The Illustrators Journal magazine coming out in March.

Our still-primitive social skills haven’t adjusted to modern technology. Information ubiquity, amplification and preservation have cursed our social interactions. As a result, our conversational indiscretions can’t be hidden. “Oh, that? I was just mumbling!” Instead, our mistakes are etched in digital granite. And no platform presents greater problems than Twitter. In fact, of Mashable.com’s eleven greatest social media disasters of 2012, nine involved wayward Tweeting, each of which are summarized here in less than 140 characters:
1. With McdStories, “McDonald’s paid to promote a trend that showered the company in bad publicity.” #oops
2. Snickers paid celebrities in the UK to tweet pictures of themselves eating Snickers bars. Not allowed. #illegal.
3. American Rifleman posted a pro-gun tweet as the mass shooting in Aurora CO was unfolding. #dumb #whatweretheythinking
4. CelebBoutique posted a promotional Tweet using #Aurora to exploit a trending topic, without knowing why it was trending. #insensitive #stupid
5. A Microsoft employee criticized conservative pundit Ann Coulter from Microsoft’s Twitter account, not from his own. #oops
6. A KitchenAid employee made a disparaging Tweet about Obama’s grandmother. #firethisidiot
7. A Stubhub employee used the f-word in a company Tweet. #firethisidiot
8. American Apparel offered discounts to ‘bored customers’ during Hurricane Sandy. #insensitive #stupid
9. At the height of Hurricane Sandy, the Gap encouraged people to do online shopping. #idiotic
“Somewhere, somehow, somebody will Tweet something stupid.”—a corollary to Murphy’s Law for the digerati. The ol’ slip of the tongue, seen by 13,797 followers, viral, searchable, and archived forever for millions more!

Yesterday I spend all day at the Los Angeles Zoo out in the Griffith Park area. I hadn’t been there in a while and I wanted to take pictures of the animals. Now I am not a big supporter of keeping animals in cages and some of the animal behavior I saw there seemed like depression or obsessive neurotic behavior but I’m no expert. I also have no idea how well the animals are treated so I am not pointing a finger at the zoo. In fact I thought it was laid out quite well. It seemed to me that the apes and chimps could get out if they wanted but they seem to lack the desire. But again I may be overestimating their abilities. Despite my upset at seeing these incredible creatures behind bars I appreciate that you could not see them any other way in Los Angeles.

Putting aside my feelings I really enjoyed seeing what the zoo had to offer and I took pictures, plenty of pictures. The animals that stuck out to me were the tiger (who was a rock star with many fans watching him) and the chimps and gorillas whose expression are so human it’s scary. I was also struck by the majesty of the giraffes who seem to glide around their enclosure and the flamingos whose beauty is stunning. The least impressive was the alligator who didn’t move a muscle for 4 hours. Here is my first gallery of photos to see from my outing. 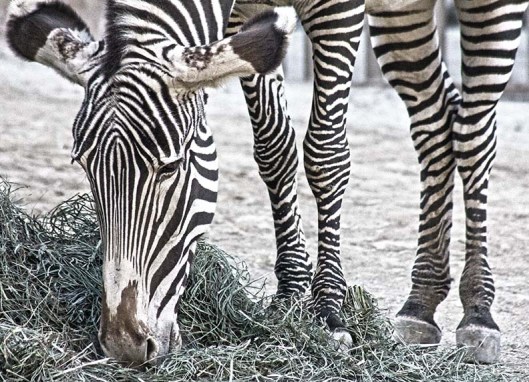 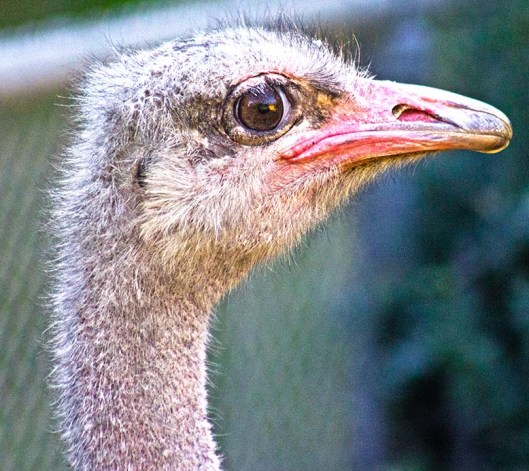 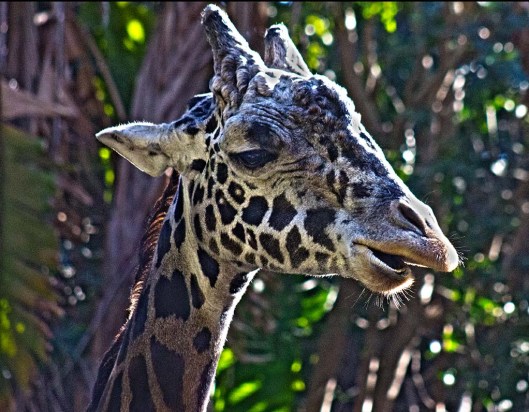 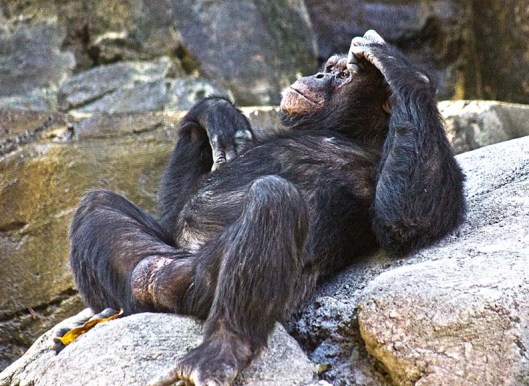 
The incredible and successful Vince Lombardi talks to us about what it takes to be a success.
Be thankful today that we can still be motivated by a man who is no longer with us but whose words resonate across time.

Last Sunday I shot a couple models downtown Los Angeles at 2nd street right across from Megatoys where there was some amazing graffiti. The two models were great and provided me with many good poses. Here are just four. Later on I’ll set up a full gallery.

My good friend and social media guru Gregg Masters talks about Social Media for artists in the article below. Gregg is the CEO of Xanate Media,
a full service social media marketing company. 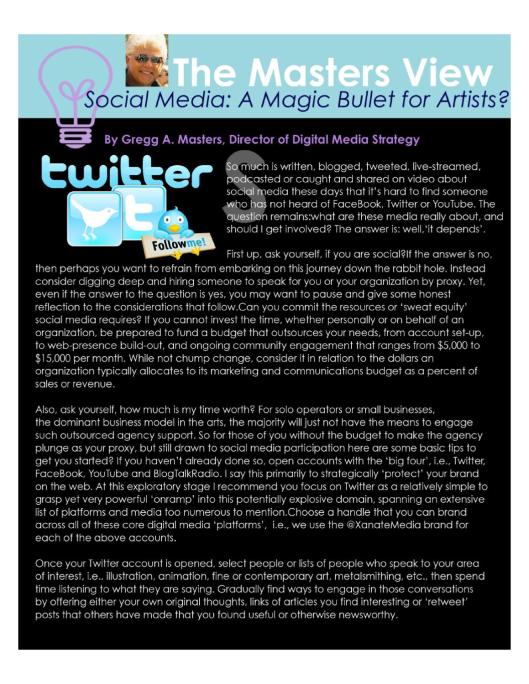 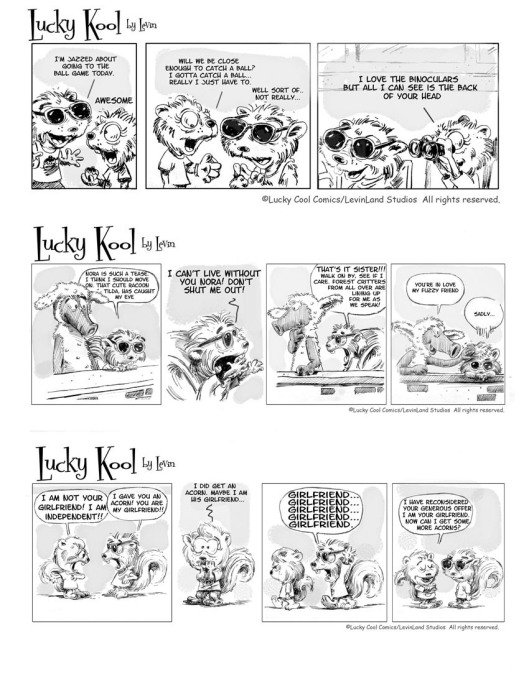 Visit www.levinlandstudio.com and see the portfolio of the editor Lon Levin

The Spring Issue '17 of the Illustrators Journal will be out in April with all new interviews with cartoonist Mark Stamaty, Fantasy artist and Society of Illustrator's Hall of Fame artists Kinuko Y Craft and some artwork from Millenial sensation MollyCrabtree.

The issue will focus on protest and the arts from Daumier to Ingram Pinn.